Home / England / My First Trip Abroad was a Near Disaster

I was just finishing packing my bags for London. Tomorrow was the day when my sister and I would finally board a plane out of Philadelphia, and I would leave the country’s borders for the very first time. We were taking a theatre class abroad for the next week, where we would see shows like War Horse and Hamlet, and get behind-the-scenes tours.

I went through my packing list one last time. Umbrella, belt, passport, socks…wait, no…it didn’t seem possible. I had forgotten about my passport!

I had already booked my next BIG trip abroad for the coming fall – 4 months in Nepal for school. The problem was, I had mailed out my passport to the Nepal embassy to receive my visa, and it wasn’t back yet!!

This was a genuine travel nightmare. It seemed like it would be impossible for me to board that flight to London tomorrow, after all.

I called my Dad to see what could be done, if anything. He was far, far from thrilled, but we devised a plan.

Dad to the Rescue

The next morning we started driving to Philadelphia at 5:00 in the morning to be the first in line at the Philadelphia Passport Agency, when they opened at 8:00 am. Mini passport photos in hand. My (hopeful) flight was out of the Philadelphia airport that afternoon.

We got to the window and begged. I needed a new passport, and then the old one could be marked as expired, but all of the pamphlets read that the only way you could get a same-day passport was if you have “a life or death emergency.” Hmm. I just wanted to see Big Ben with my sister and go to pubs.

I am really not sure how he did it. I think my Dad shelled out a good amount of money, but it actually worked!! My new passport was ready within a few hours. That left the afternoon for my Dad and I to lounge in a park in the sunshine, feeling incredulous about what just happened!

It wasn’t until my passport was checked at the London International Airport that I could really breathe a real sigh of relief. It had been an emotional 24 hours – transitioning from tears upon realizing my giant mistake to wide-eyed excitement stepping into a brand-new country. But there I was! Days of adventure ahead of me, and an international travel bug to catch.

All in all ended up being a successful trip…can’t wait to go back someday:) (And don’t worry, I’ve already packed my passport!) 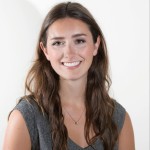